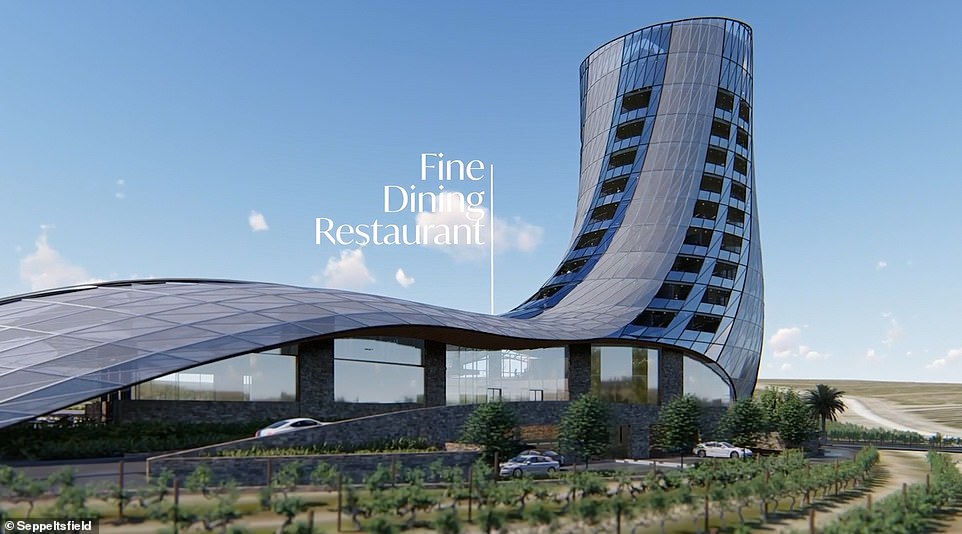 Cop this stunning $50 million vineyard hotel planned to be ‘the Sydney Opera House’ of South Australia.  Hotel Oscar Seppeltsfield is set ot open in 2022 and will be situated in the heart of the historic Seppeltsfield vineyard.

It will consist 70 rooms all with suites and and each one will boast a private balcony. I’m not kidding!

On first sight, you you might think this eye opening curvaceous structure looks like an elongated boot, but the architecture firm behind the $50 million design say it has been influenced by the art of wine barrel making.

The design philosophy was borne watching the experienced craftsmen wield their tools, as they contort and convex each timber stave into an iconic, recognisable form – the barrel. This icon represents the many facets and complexities of Seppeltsfield history the architects say.

The tranquil Seppeltsfield vineyard is 60 kms north of Adelaide and is one of the most historic in the country, dating back to 1851 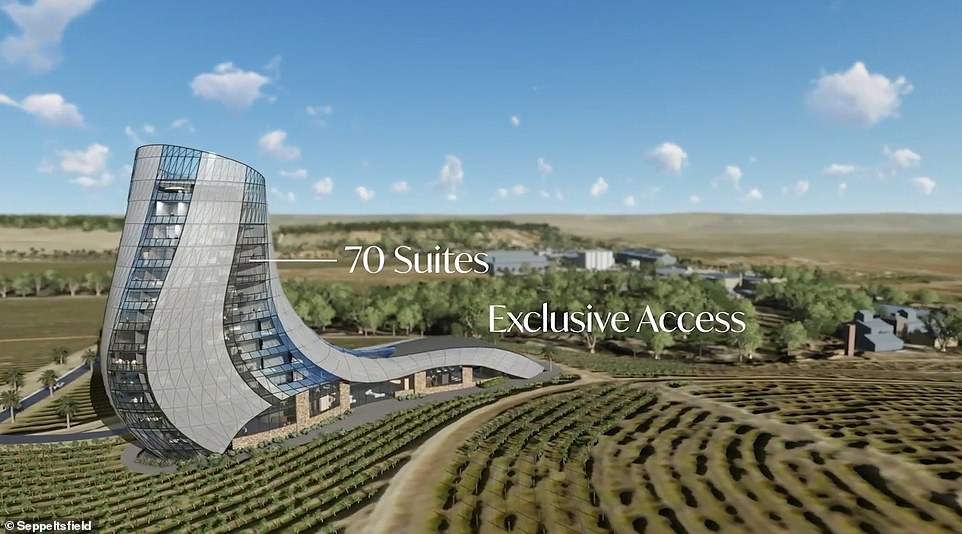 The hotel is named after one of its former directors, the late master winemaker Oscar Benno Seppelt (1873–1963), who helped revolutionise the Australian wine industry.

The 12-storey building will be positioned right in the middle of the Great Terraced Vineyard, surrounded by century-old bush vines and only a short walking distance to the Seppeltsfield tourism village.

There will be a sky bar on the top level with 360-degree sweeping views of the Barossa. The ground floor will have a wellness day spa that includes private entry to a relaxation space and infinity pool. The hotel will also offer a world-class restaurant, private dining room and boardroom all six star.

The hotel will be a joint venture, funded by a company called Luxury Hotels Australia. Lets hope the price to stay are not six star as well.

The d’Arenberg Cube looks silently on. Who says theres not money in wine!

A new $1.8 million venue at the Langhorne Creek Lake Breeze winery will be ready to start hosting weddings by October this year, despite current COVID-19 restrictions.

Lake Breeze has been planning the upgrade for more than three years, with a $300,000 Regional Development Grant pledged to the project by the State Government in 2018 on its way.

Despite the current closure of the winery’s cellar door and restaurant, and a freeze on most of its wine exports, Lake Breeze is continuing to employ staff and will take advantage of the quiet period to construct the new facility.

The new event space will allow for 25 weddings per year — more than double what the winery currently holds — while also catering for additional conferences and gatherings. The venue will have capacity for up to 200 people.

In the past functions have been hosted in their barrel sheds at the back of the winery, but that space is unavailable during vintage. This mean’t no functions  through February, March or April.

Designed by architect Trisia Kwong, the new structure will feature original limestone and sandstone mixed with industrial galvanised steel, with large glass windows to take in the surrounding scenery of the 90ha vineyard run by the Follett family.

Yarra Valley and Mornington over to you!